I don’t doubt most of you have seen Black Square by Kazimir Malevich or at least have heard about it. Lots of people find this painting genius and others find it stupid.

For those of you who did not have history of arts course in school here’s the short explanation: the Renaissance artists believed classic ancient Greek art was ideal – everything in it was perfect, later impressionists said that form does not really matter – what watcher feels is the point, after that abstractionists declared that even the paintings subject is not needed – composition is the key to true art. At last Kazimir Malevich, the leader of suprematists, said that forms should be as simple as possible. The Black Square was the visualization of this philosophy.

I’m not a big fan of this piece of art, but it definitely attracts my attention. The thing that interests me is why some people like it and others don’t. I’ve even got a Daily Deviation at DeviantArt with my work Suprematistic Envy Yesterday I’ve been wondering what Malevich could do to make this painting more attractive so more people would find it genius rather than stupid. The answer came out quickly – he had to make it round!

Circles are much more natural, neutral and complete. You will never find a square apple or a square planet. Circles don’t have sharp edges and angles that make a square look aggressive and offensive. Maybe Malevich did wanted to struggle and he did not give a damn about what people he did not even know 100 years later would say about his art. That does not matter.

What I wanted to share with you is if you are going to reach people’s hearts rather than brains, use circles, not squares! 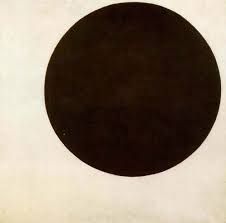