Hey everyone! This post is going to be about magic mushrooms. Well… not about growing or consuming but about a fictional Magic Mushroom God character I’m working on for my personal project. Below you will find some sketches and vector version of this dude.

I have not really decided anything about his name. For now is simply called Golden Teacher like the name popular psilocybe cubensis strain. He is going to be one who talks to an Aztec shaman – another main character in my project – and grants him knowledge. I won’t tell you much more for now ’cause the entire project is still very rough and it will be definitely changing during next few months. What will be constant for a while is a strong Aztec art influence. I’ve been an Aztec art fan for years and it keeps popping up here and there in my own art :)

Right now I have 3 major sketches of the environment. Below is the whole Golden Teacher scene sketch as I see it now. 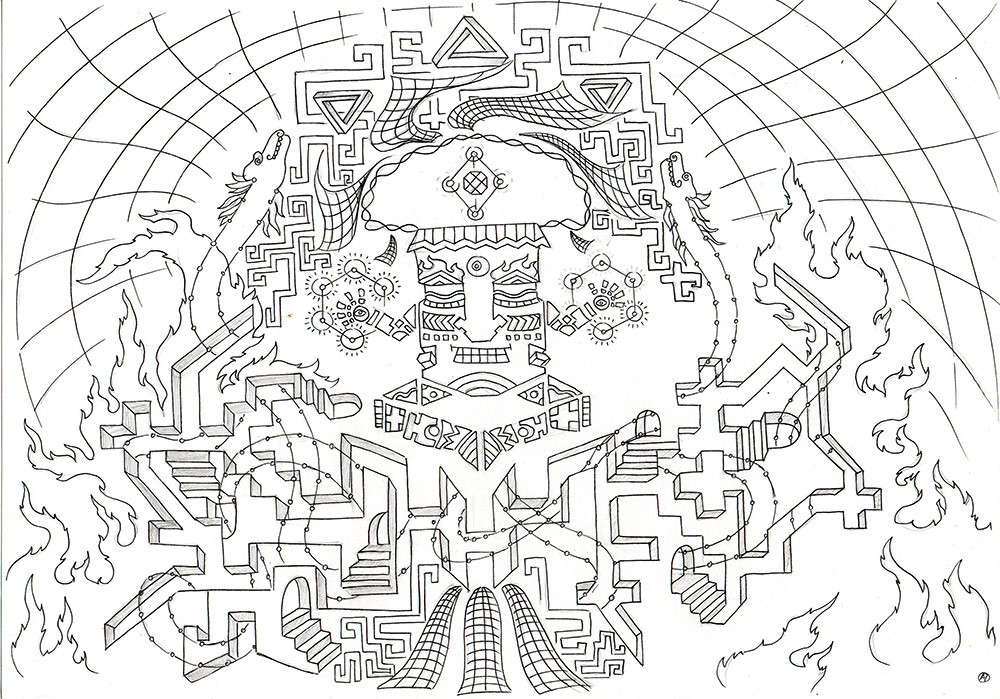 So first thing I decided to do is making a more detailed character to understand and plan its feel and dynamics. 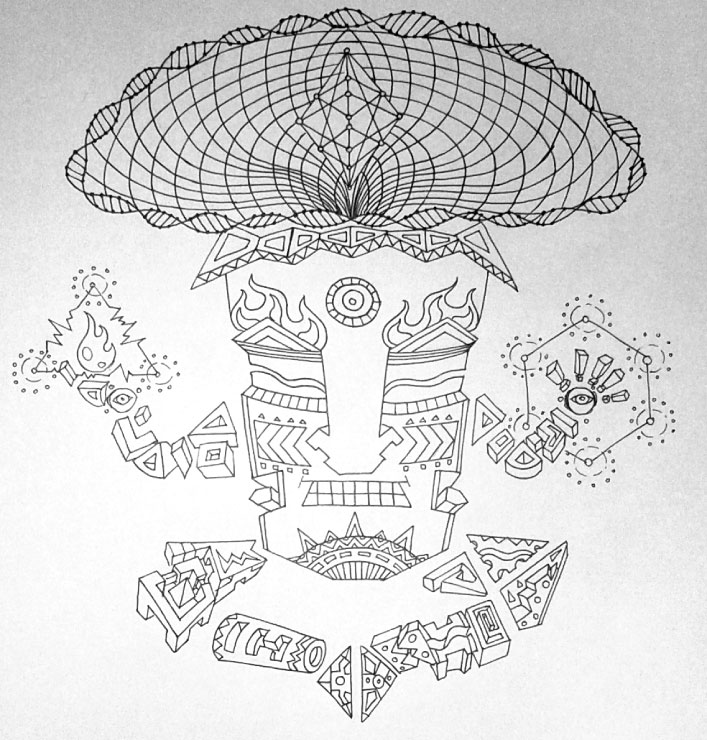 Next step was making the line-work in Adobe Illustrator. I did the cap with pen tool and ellipse tool since it is supposed to be more straight geometry type of art. And the rest was made with a simple calligraphic brush. I think it could has been faster to make this part with pen tool too but I wanted the image to have a hand-drawn feel with different thickness of the lines. 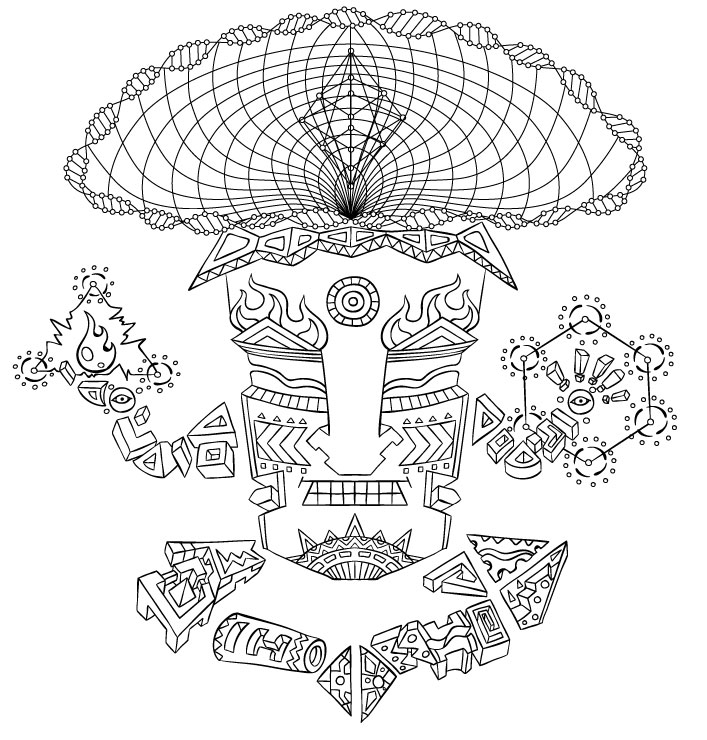 The main part of colouring is pretty simple as you can see – just a bunch of solid colours. I wanted to make the design more complex so there are basically 3 different colouring approaches in this image. The simple one with big bold bright objects, the cap with mostly only coloured lines and the detailed stem of the mushroom and the objects he’s holding. Being a lazy ass I took a couple of textures I did some time ago and made the kaleidoscopic textures using MirrorMe plugin in no time. I use this plugin very often and I highly recommend it. 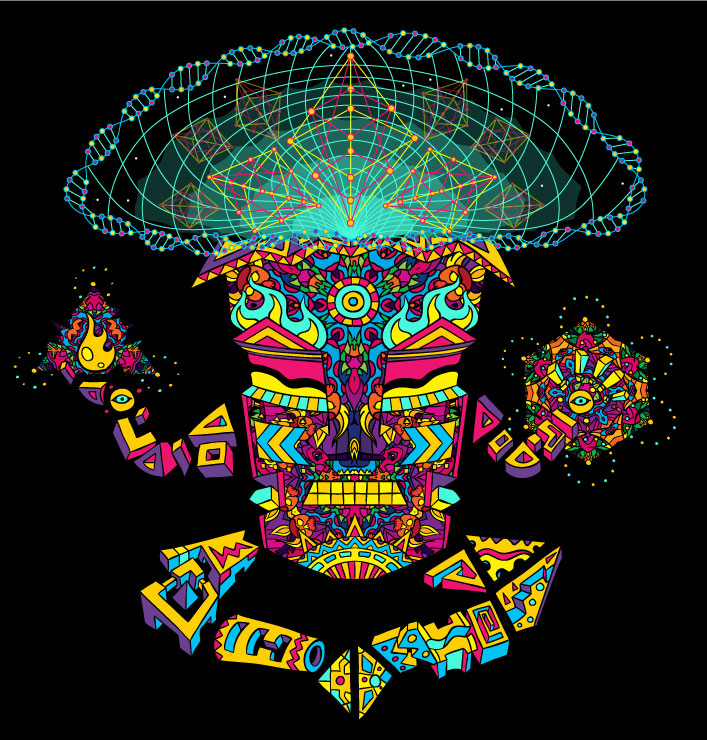 I’ve been told recently that is a good idea to plan illustrations as if they would be animated. The reason to do this is you think in a more complex way including possible dynamics of an image. This illustration is a character that will become an animation someday. I’ve made this 5-frames gif of its possible movements.

Finally I’ve made a simple kaleidoscopic background to give the Golden Teacher some space to live in. 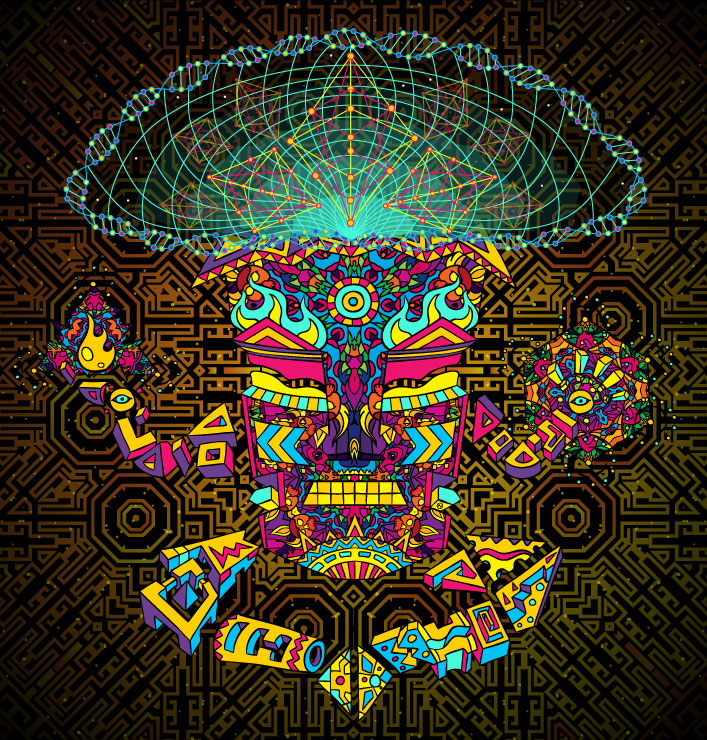 If you’ve read my blog before you probably know I’m into T-shirt design. So when I’m working on an illustration I almost always think of as T-shirt print too. The next two pictures are Magic Mushroom God t-shirts – one with a character without the background and another is an all-over print of Mushroom God with this golden-metallic ornament background. I hope you’ll like ’em an order one or two for Christmas. Good news for my US customers – I’ve moved print on demand production to the US so the deliver time now is about 5-10 business days instead of 20! 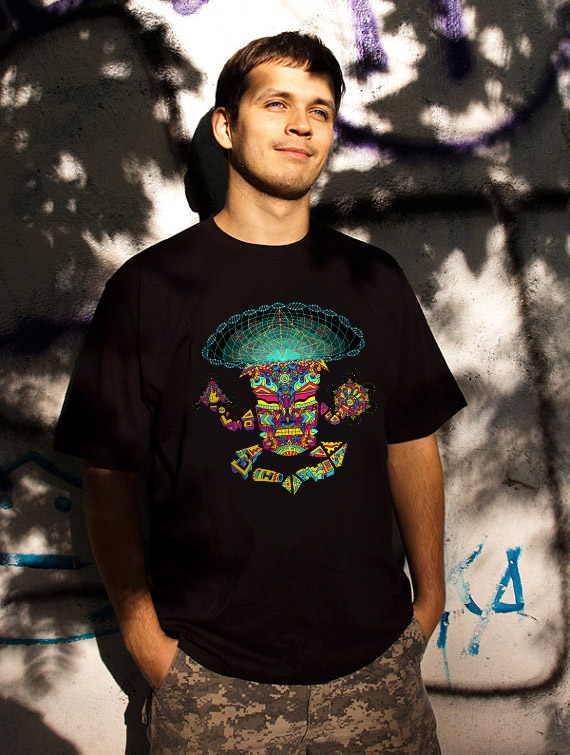 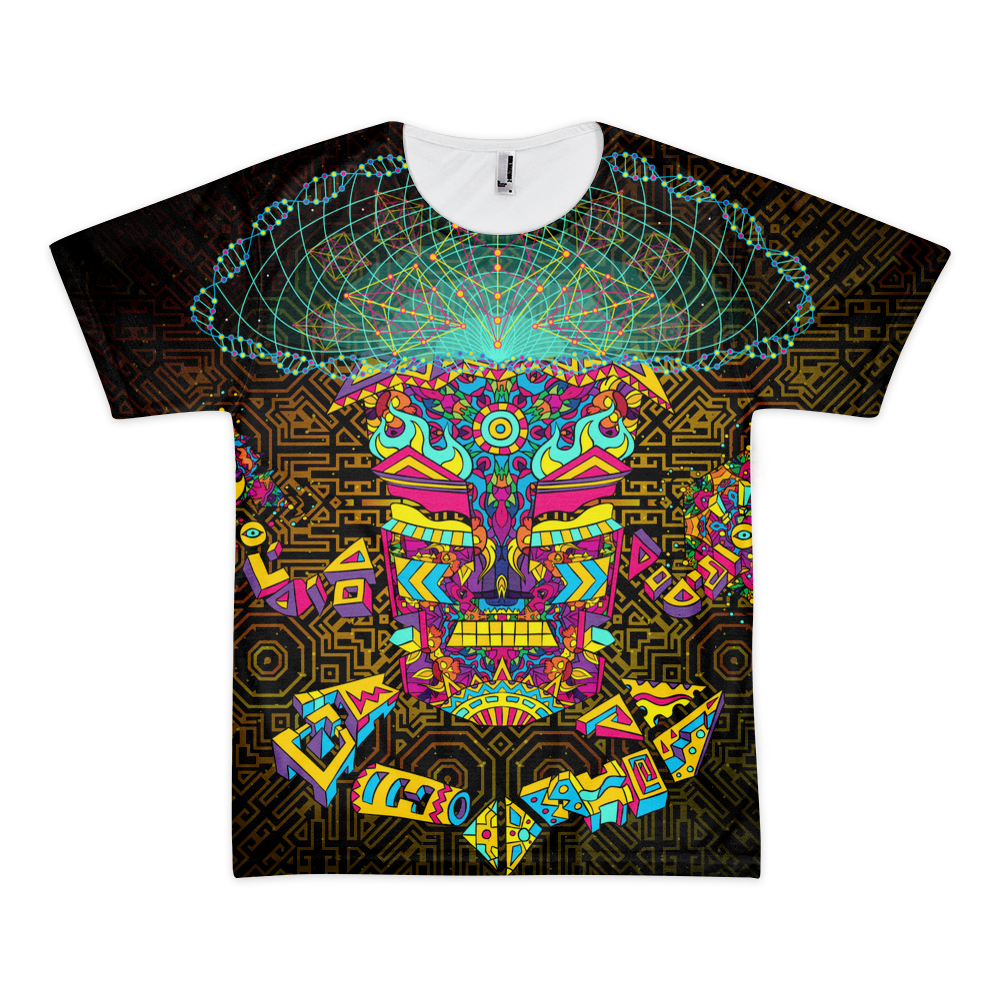 I think the character is pretty cool and I’m really anxious to continue working on this project. Stay tuned and subscribe to my newsletter! You will be receiving more psychedelic art regularly :)