Hey guys! Today I’d like to show you some of my art I did quite a long time ago. It’s art I did for Fungus Funk’s psychedelic trance compilation release “Rocking Psyberia”.

This release refers to Fungus Funk’s compilation he did back in 2012 that was also illustrated by me – Train to Psyberia. The previous release was a way to Psyberia and now we have finally come and this what is actually happening in Psyberia. I did the cover art about two years ago using ArtRage4. I don’t use this painting software to often but sometimes I really enjoy it and it was one of these cases :) 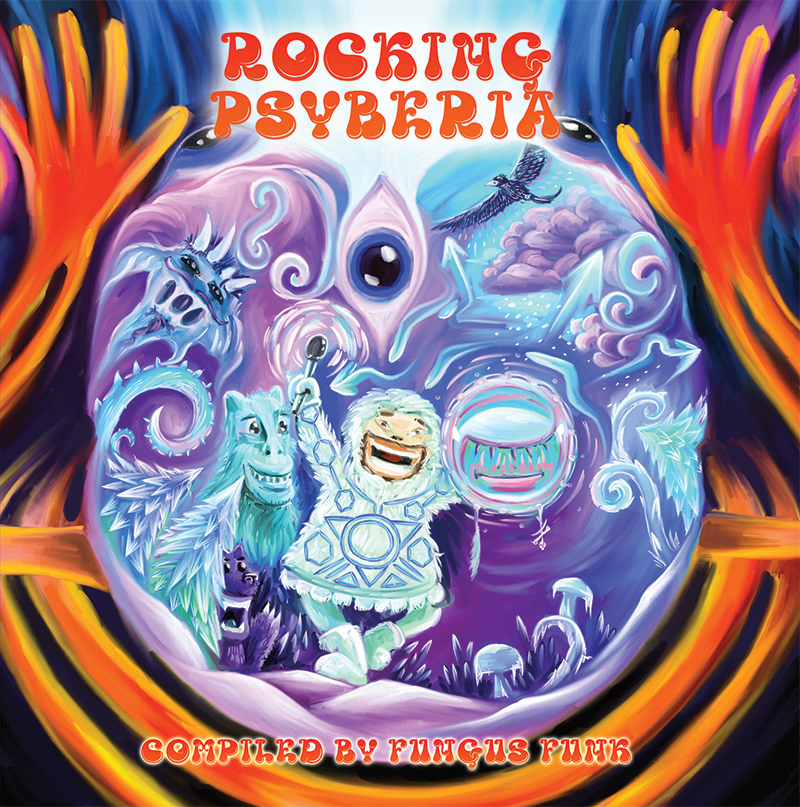 Then there was a looong pause for about a year and one of a sudden Fungus Funk has asked me to make the other parts of the CD package. Being honest I was not very much into making the other illustrations using the same painting technique besides the artwork had to be done in a very short time and this painting thing is really time-consuming :) Next 2 pictures are the 3 pages of the one-fold booklet. The fourth one is the cover art. 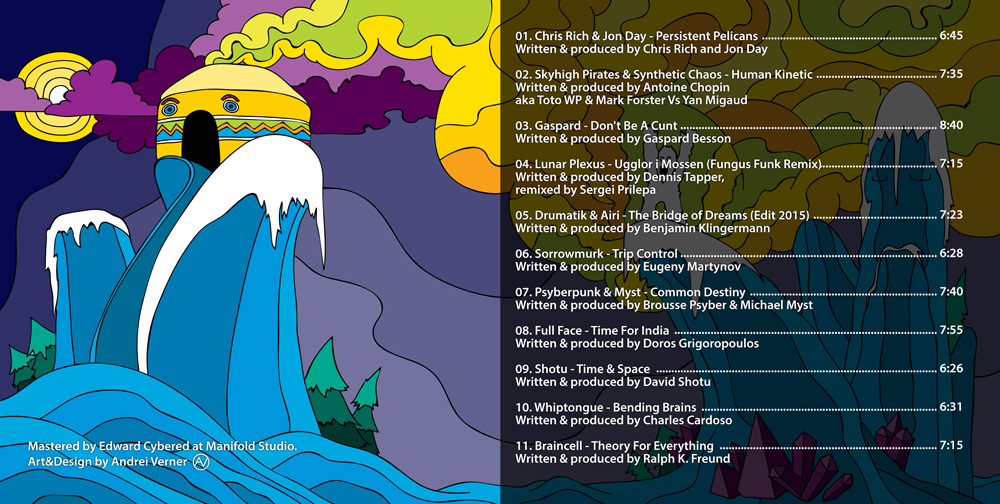 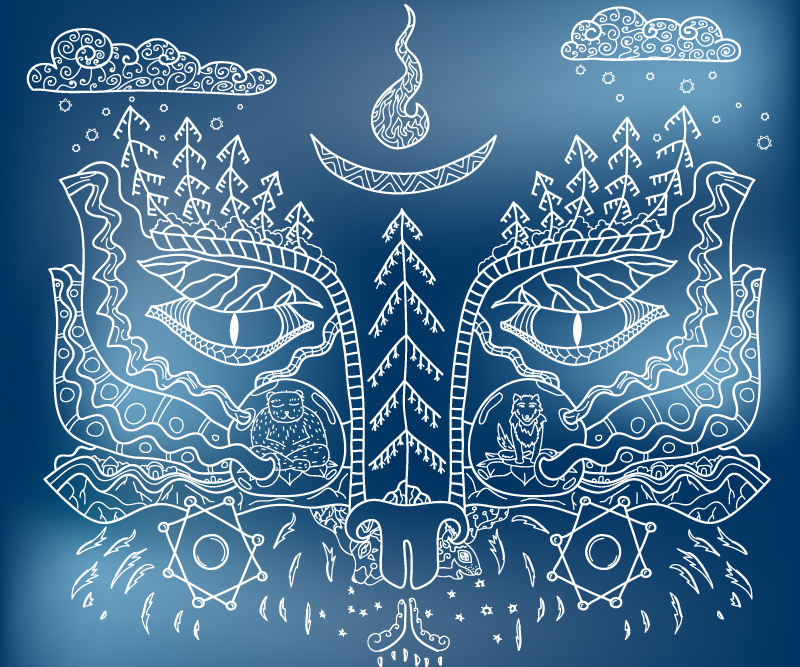 Next two are the image under the CD and the back side of the package. 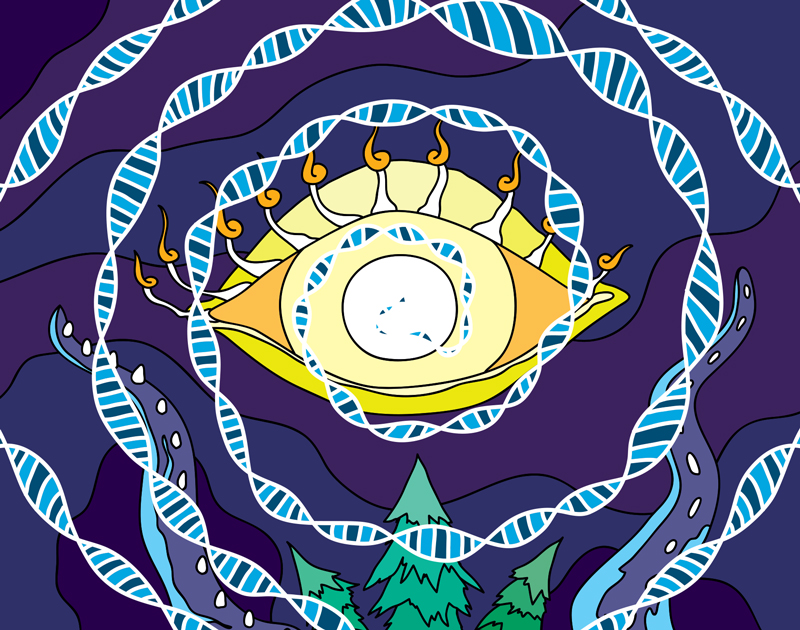 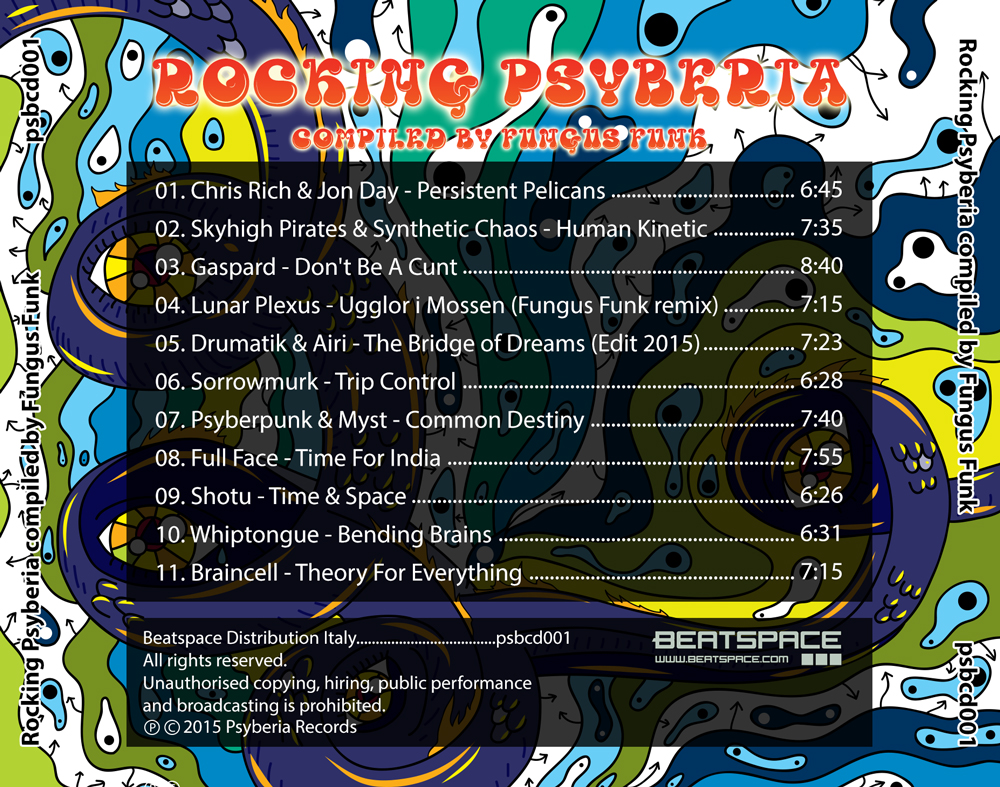 And below is the CD art. 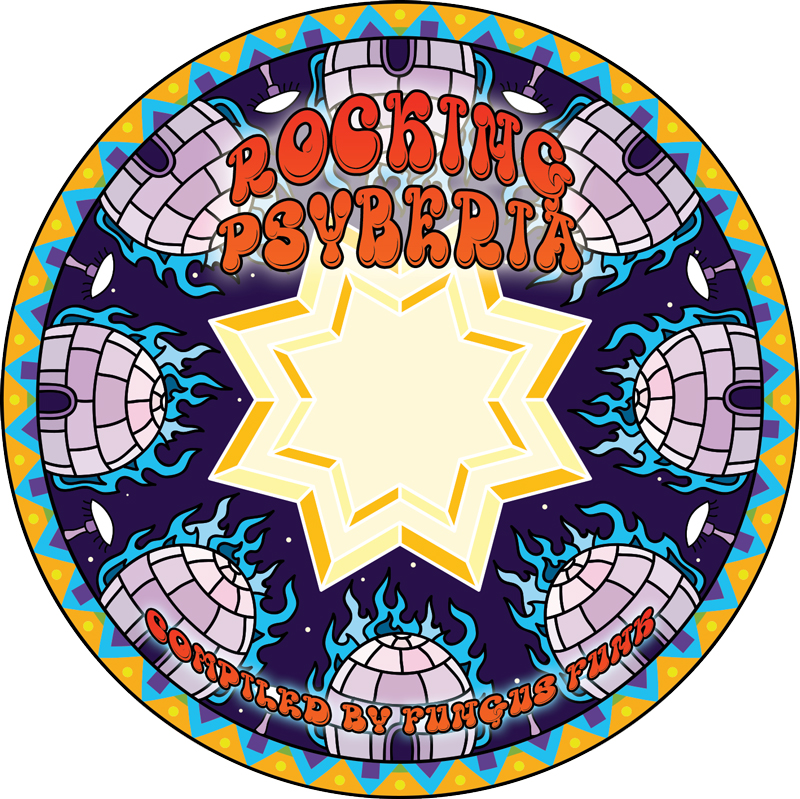 So the artwork was done but it took Fungus Funk several months more to complete the compilation. I have almost forgot about it and a couple of days ago I’ve found out it was released this January. Check out the tunes and support the artists with your $ :))