Hey guys! Check out the artwork I did for Fungus Funk’s compilation “Psyberia Express”! It was released about a month ago. There are only album cover files in Google images right now, but within this post I’m going to show you the backside and inside artworks too. Enjoy)

First I wanted to make the album cover artwork very bright – almost white like it should be in winter in Siberia (Psyberia refers to this part of Russia), but we were not sure it could be printed. So here is more contrast but still winter version. 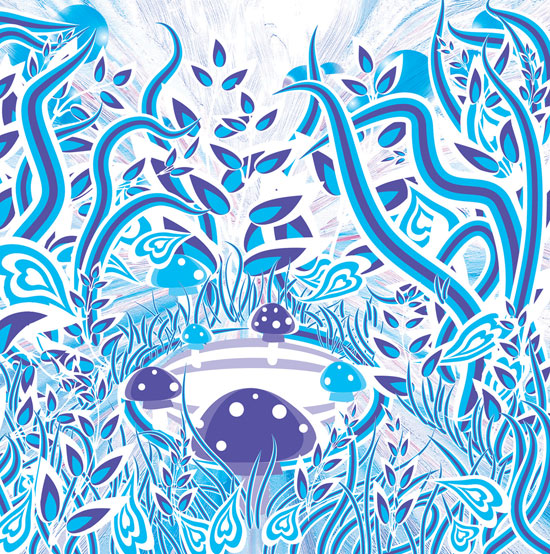 You can click the wide image below to enlarge it. 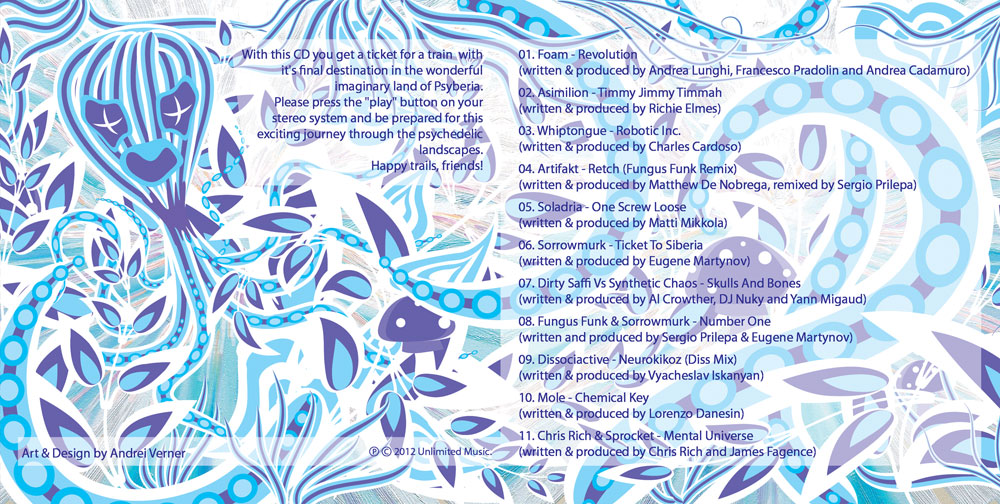 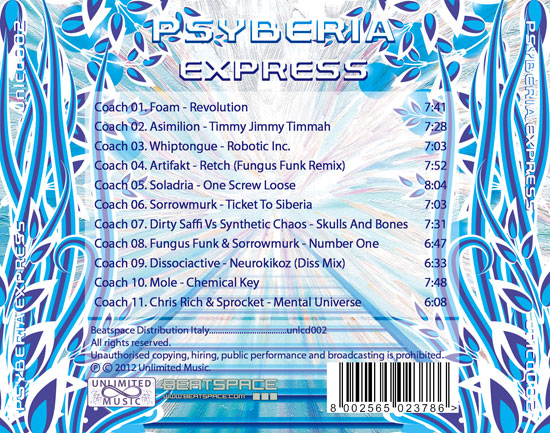 You can listen to samples of Psyberia Express in psyshop

There is a personal Fungus Funk’s album coming up. It’s called Kremlin Gremlin. I’ll post its artwork once the album is released.

Take a look at other album covers I did!