Hey guys! What’s up? Today I’d like to present you my most recent artwork. It’s called Lord Hanuman. He is one of the main characters in Indian Epic Ramayana. If you have not seen yet, I highly recommend checking out animation Sita Sings the Blues which is a modern interpretation of Ramayana (I will put a link to it in the end of the post).

I’ve started this project earlier this month after one of my very loyal customers who was buying the 7th (!!!) UV-tapestry from me asked if I can make something with Hanuman. I thought it would be really cool. In fact I was already thinking about making a series of artworks with Hindu gods and other characters from Hindu mythology since they fit the psychedelic trance culture very well.

As always I started with a super-rough sketch. I used to make pencil sketches but these days I find it’s way easier and faster to make digital sketches in Photoshop. Besides I’m using a Cintiq Wacom screen-tablet so technically it’s almost the same as drawing on paper but it’s way easier to make any adjustments. So here is the first rough concept draft. 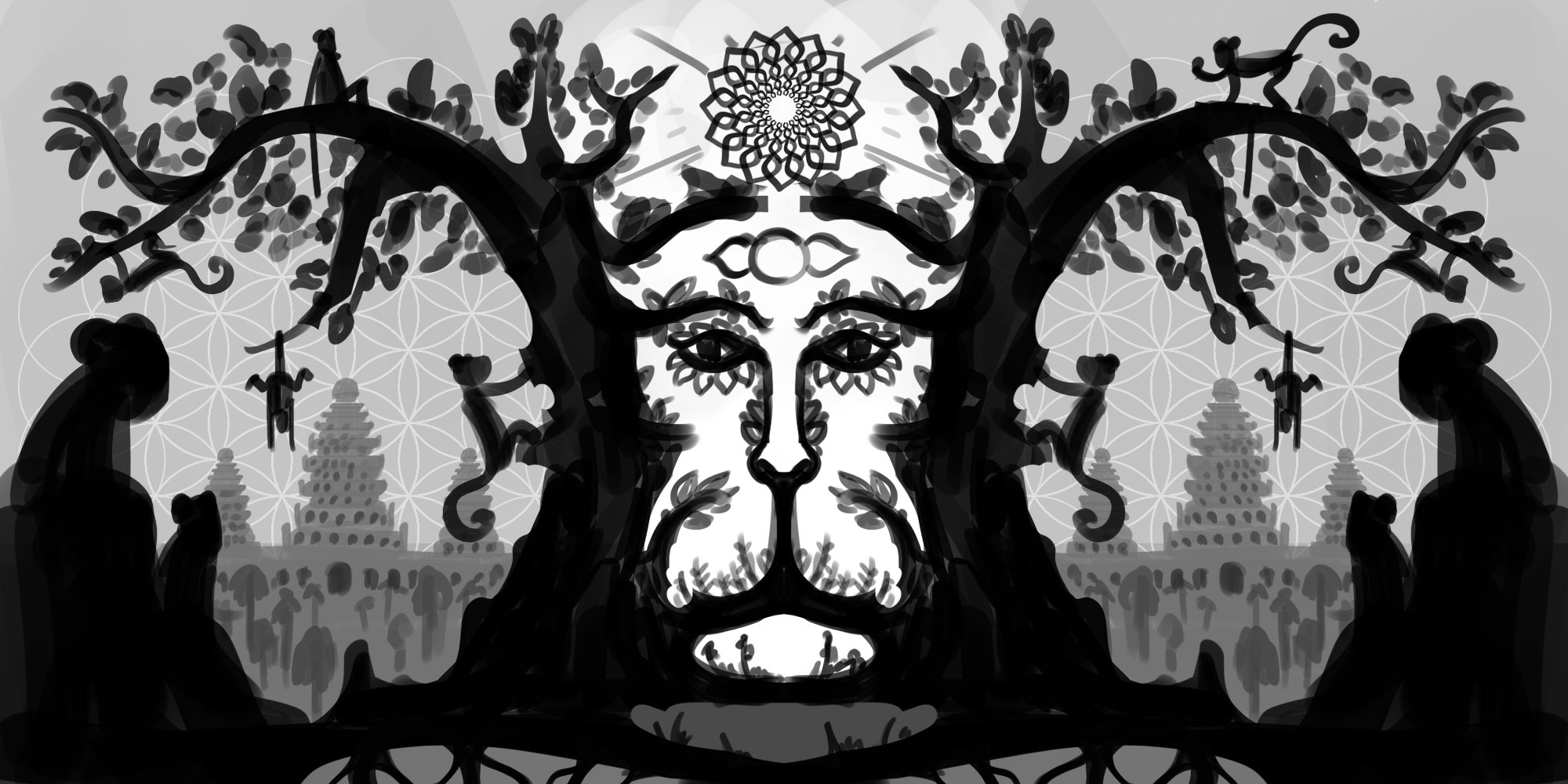 Then I did the refined sketch. I was using lots of reference photos for the monkeys cause I am not a big monkey expert :) And for the temples on the background I decided to use photos of Angkor Wat. If you ever have a chance to go to Cambodia and see this beautiful temple-city I recommend it a lot! 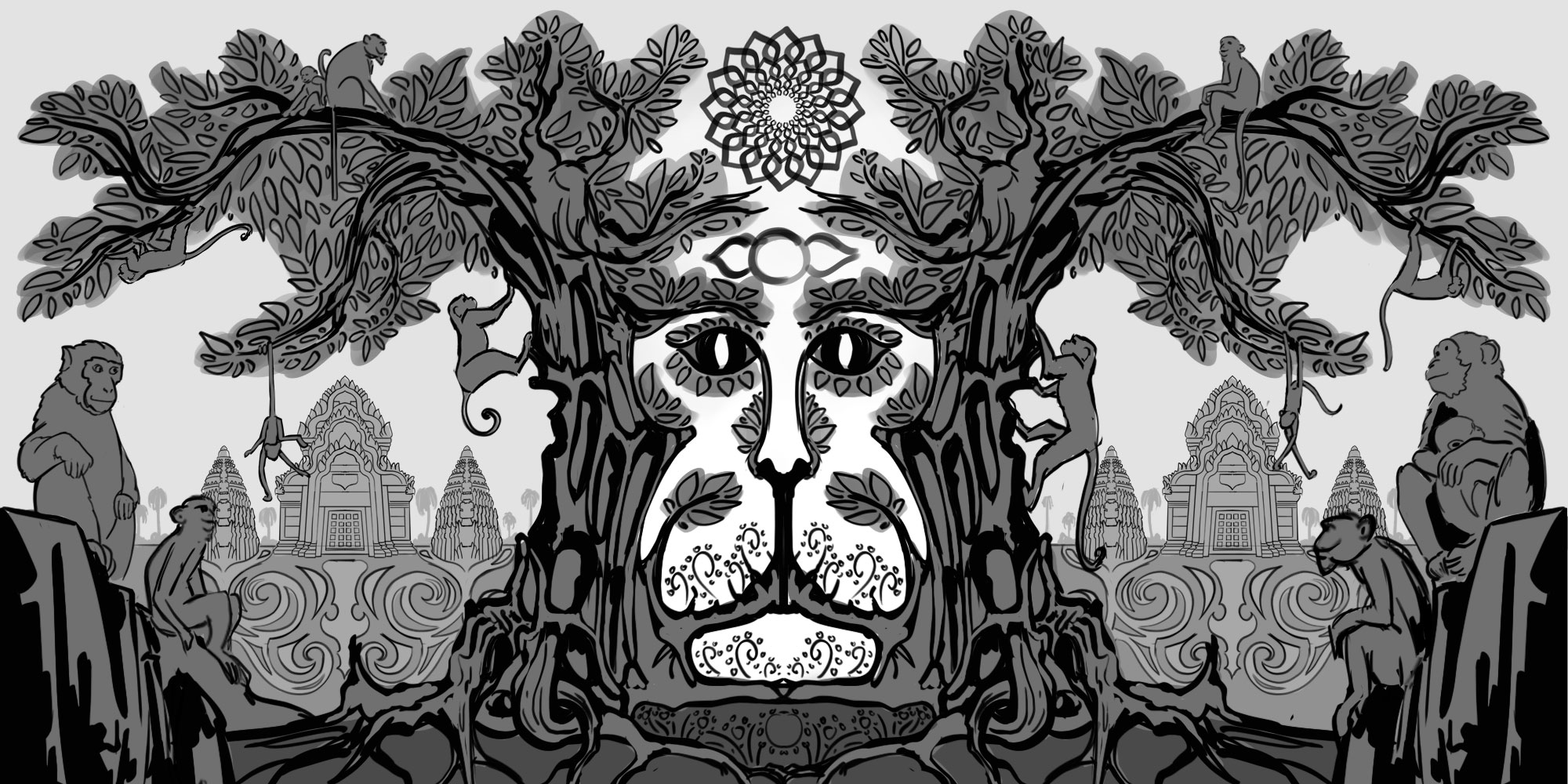 After I did this sketch it was mostly all about tracing and adding smaller details here and there in Adobe Illustrator. I’ve also decided to add more monkeys – the black ones. They are smaller but they really pop up on the white slightly textured background. By the way the texture for this background was inspired by Shipibo Peruvian ornament. I know it’s a bit eclectic to mix Hindu and Peru culture but I believe I did it in a relatively subtle way :)

Hanuman is a symbol of high spiritual accomplishments so I decided not to show his full body but rather some sort of a spirit. Does this design inspire you in any way? Let me know in the comments! 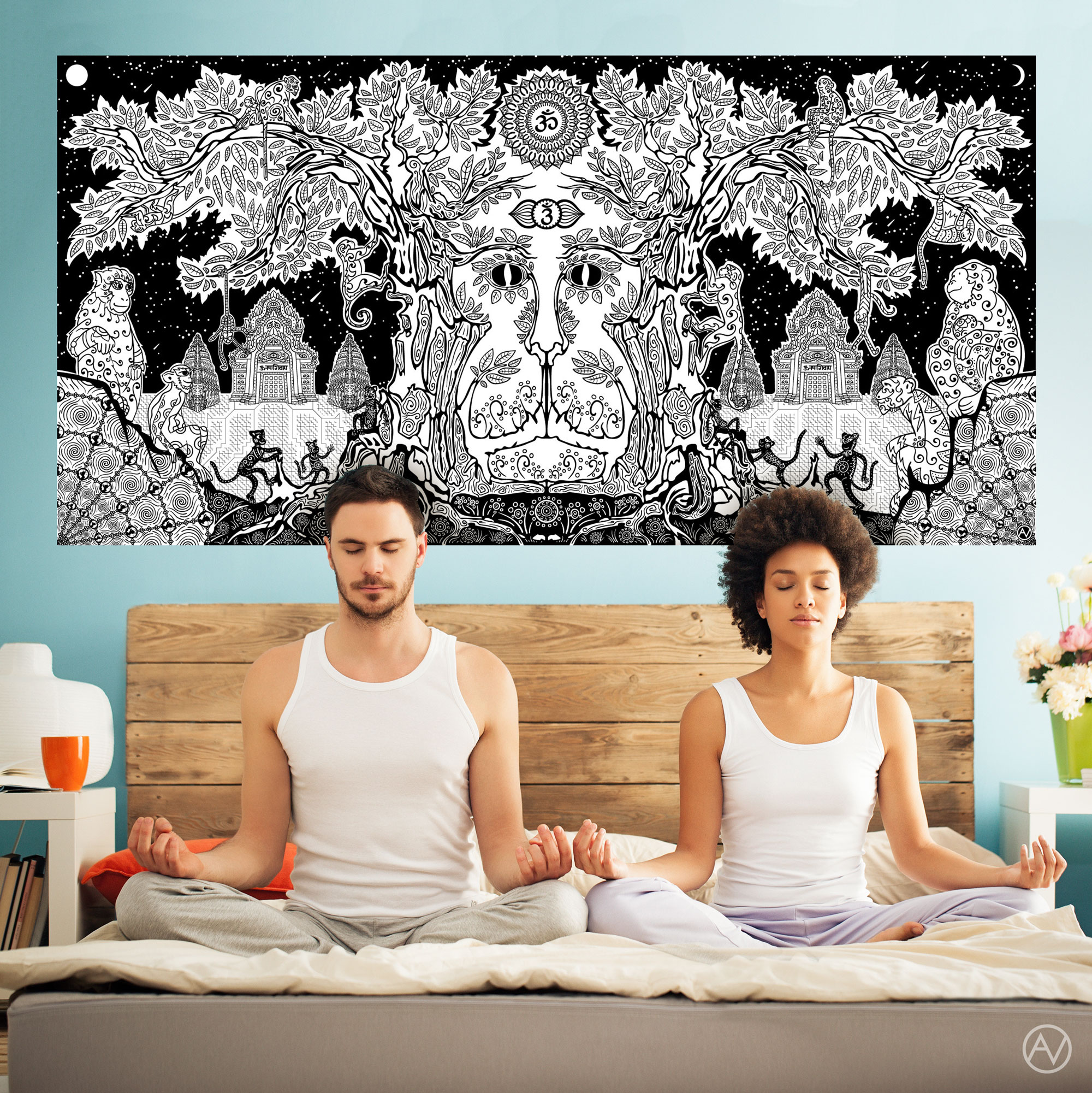 I’m going to make a colored hardcore psychedelic version of this artwork in the next few days. And in a couple of weeks I will release the new wallpaper and promo-materials pack with this design. If you have not grabbed your copy of my previous Cthulhu wallpaper and promo-pack, sign up for my newsletter and you will get the access to the files. It’s a limited time offer – the Cthulhu freebie pack will be replaced by Lord Hanuman freebie pack on July 15th.