Hey guys! Today I’d like to show one of my recent t-shirt designs and several sketches. About a month ago I decided to make a set of designs dedicated to different types of sufferings creatures face in different worlds of Samsara. According to Buddhist and Hindu cosmology there are 3 lower and 3 upper realms: various hells, hungry ghost’s realm, animal’s realm, human world, demigod’s realm and heavens where gods live. The problem with Samsara is that one’s mind experiences suffering even if he’s living in heaven.

So I’ve made several sketches and started doing digital version of the first one – Shalmali bonsai tree. Shalmali forest is one of many locations in hell and it’s famous for the trees that hurt creatures and iron-beaked crows that peck eyes of the ones who are reborn there. My girlfriend said that no one gonna wear the tees with such designs, but I still wanted to make ‘em. Well… after I’ve finished the first digital artwork I was convinced my idea was not the best one. Below is the only design I’ve made and several sketches. 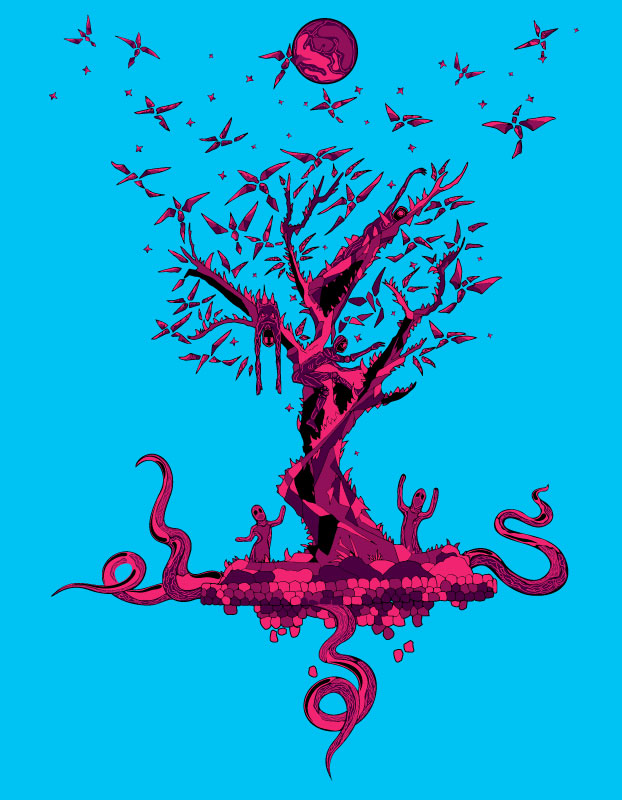 If you like this design you can buy a t-shirt, poster, iPhone case and other stuff with it on my RedBubble page.

The two pairs of sketches below depict hungry ghosts (preta). This type of creatures suffer from the lack of food, water, warmth,etc. When they see a river it turns into sand, the food rots, they have very narrow mouth and huge stomachs and sometimes other creatures don’t let them get what they want or they feed the ghosts with liquid fire and other crazy unpleasant stuff. You can be reborn in such a miserable form if you are too greedy in this life. 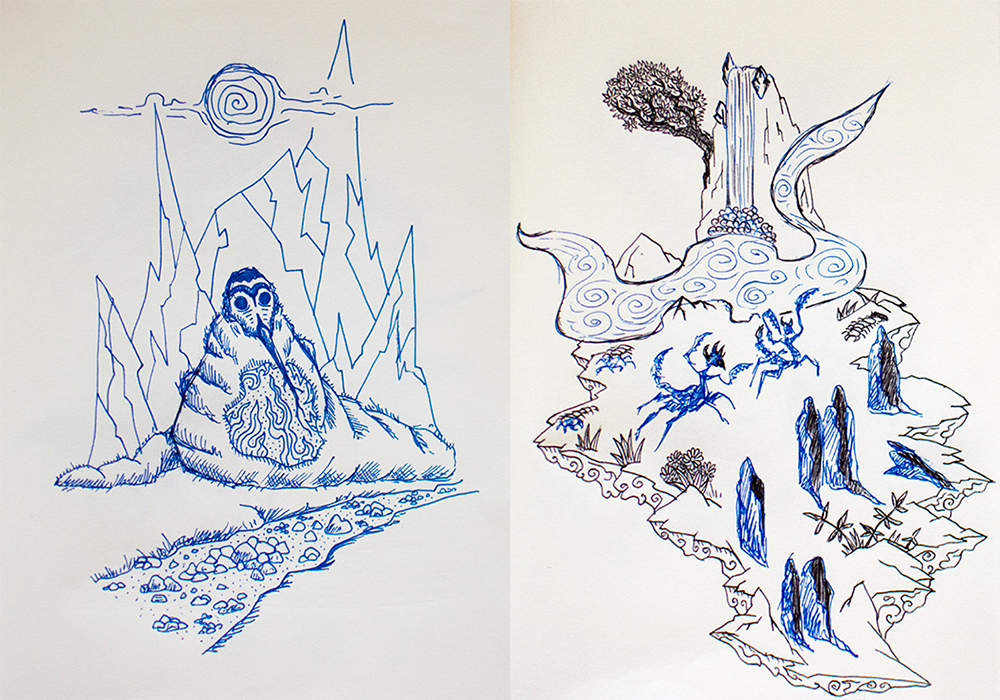 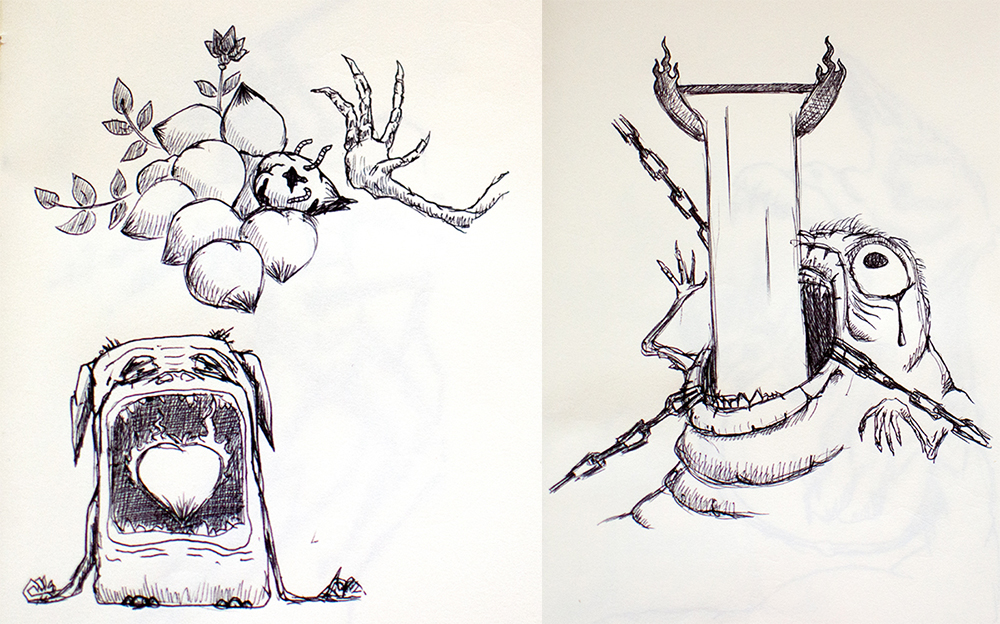 Demigods or asura are very proud creatures and they suffer a lot when they see that gods live much better lives. Usually asuras declare a war and lose it – this makes them suffer even more – physically and mentally. Watch your arrogance and pride if you don’t wanna end up like this. 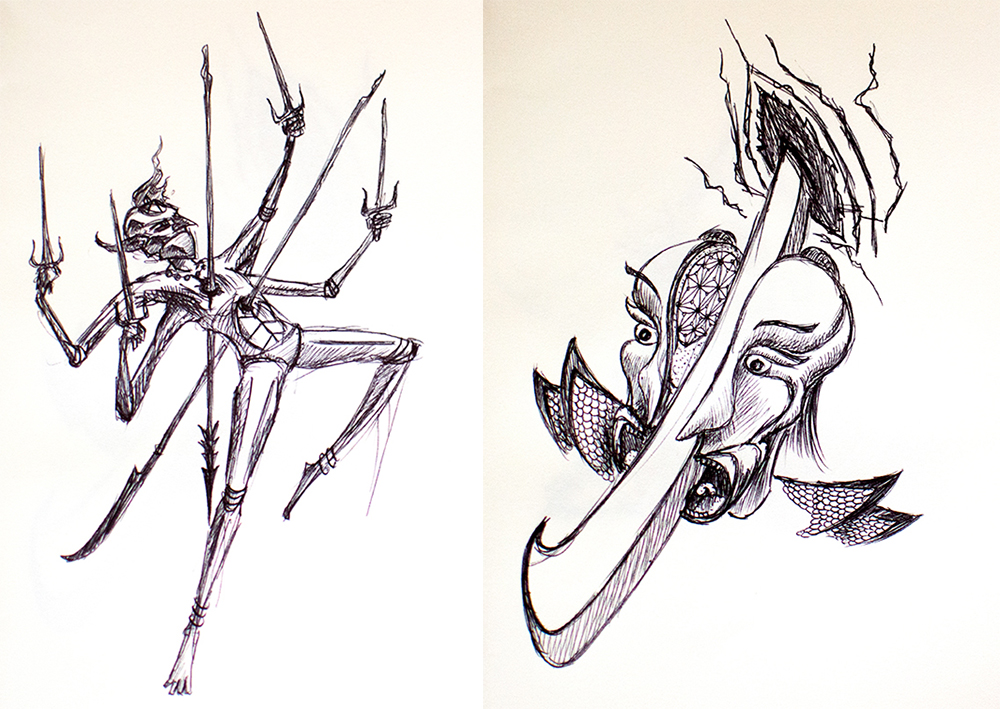 Living a long life of a god might seem very nice but they too have problems. A god can feel the upcoming death, his body start to smell bad, he does not feel much happiness, other gods don’t want to hang around with him ‘cause they don’t want to think about their own future death. But the worst is that a god can see his future pace of rebirth and most likely it’s not going to be another heavenly realm. Below is a concept of a sad god. 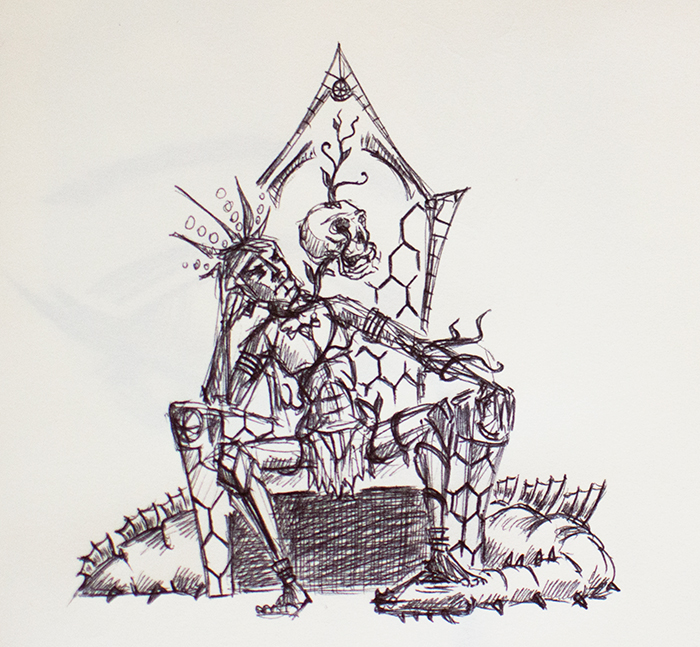 I did not post my human and animal suffering concepts ’cause there is a chance I might make t-shirt designs with them. Stay tuned :)