Hey guys! Today I’d like to share some of my recent artworks. Here is the story behind the design. Some time ago I was contacted by Tim Stritzel – a young writer from Germany. He said he was writing a psychedelic novel about one person’s spiritual journey and he would like me to create a cover for the book. I was very much inspired to take part in this project.

Tim had a sketch made by himself already which had so many symbols. I liked the sketch a lot. I don’t see much of other people’s sketches everyday and it’s always nice to see some that have a potential. So I’ve made my version of the sketch with a bit more perspective and even more symbols. Below are two sketches – the one on the left is Tim’s and on the right is mine. 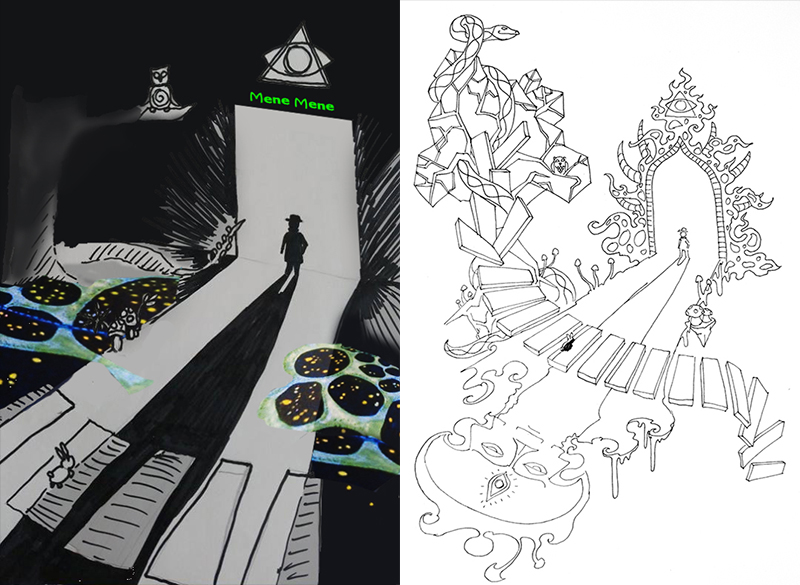 I had a good time tracing, colouring and adding some adjustments to the artwork. The thing that was not present on my sketch was cannabis plants that play a certain role in Tim’s novel so I decided to make a whole cannabis tree with a dead yogi smoking chillum. Below is the final artwork and the sketch of the dead yogi. 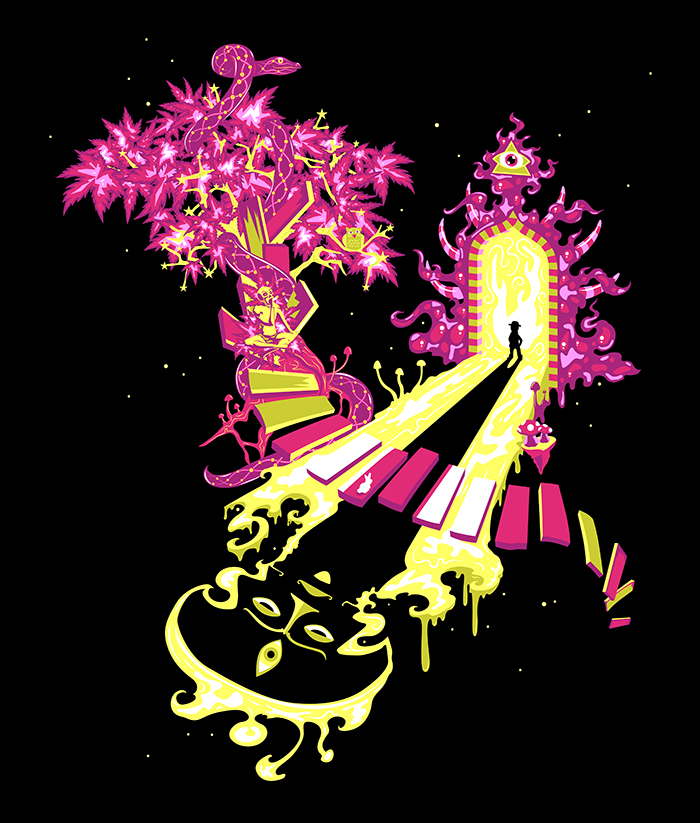 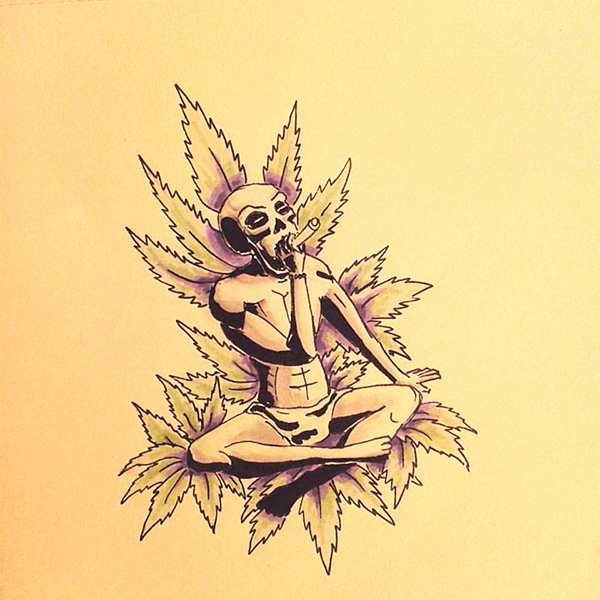 Tim’s novel is not published yet but I would definitely write a post when it is ready. Right now you can buy some merchandise with my design to support the psychedelic movement embodied in me and Tim :)
Have a good one.