Dear psytrance people! Are you looking for a new trippy t-shirt for a party or open-air festival? I’ve recently finished my new psychedelic t-shirt design Kali in Wonderland and I’m inviting you to become an early bird and get this t-shirt with a nice discount!

Why did I start this preorder campaign?

Being an independent artist I don’t always have enough money to print 50+ tees that might not sell later. This is why I launch this campaign – to see if people like my design and are willing to buy t-shirts with it. I have done preorder campaigns before and I can tell this is the great way for artist to save some nerve and for customers to get quality products for lower price.

Few words about Kali in Wonderland

The main character is Alice from “Alice in Wonderland” in form of Hindu goddess Kali. The design has plenty of details that refer to the story: a rabbit’s head, a tea-pot, Mad Hatter’s hat with Dormouse, smoking caterpillar, Cheshire Cat’s smiling head, cards and of course lots of magic mushrooms! All of the above was mixed with a traditional Hindu goddess pose and wrathful feel. 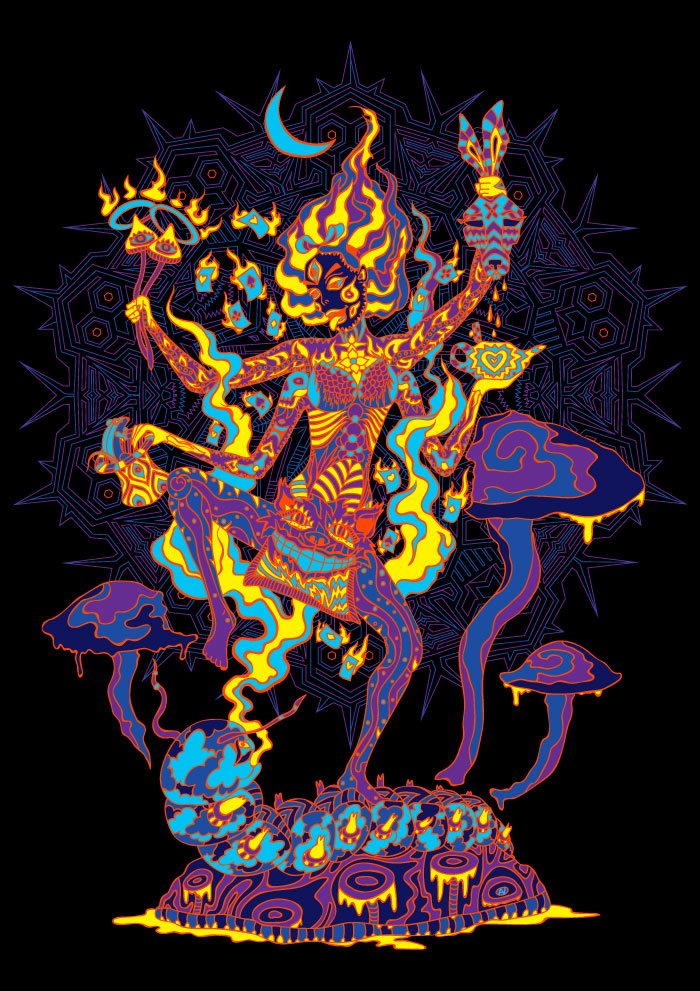 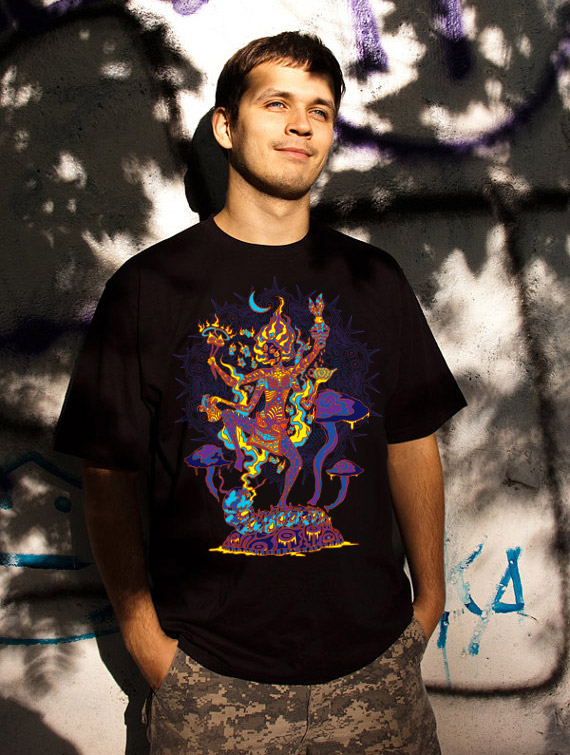 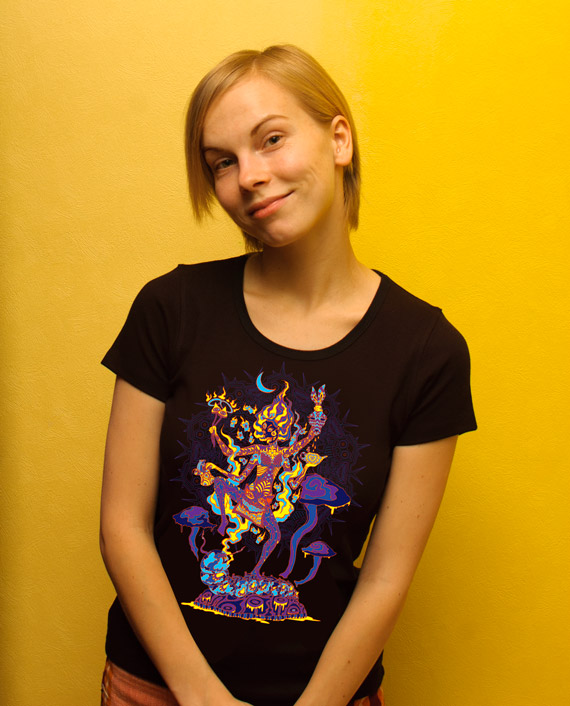 Below is the colour-test of the backdrop. The fist two pictures have fluorescent sources of light and the third one is regular. 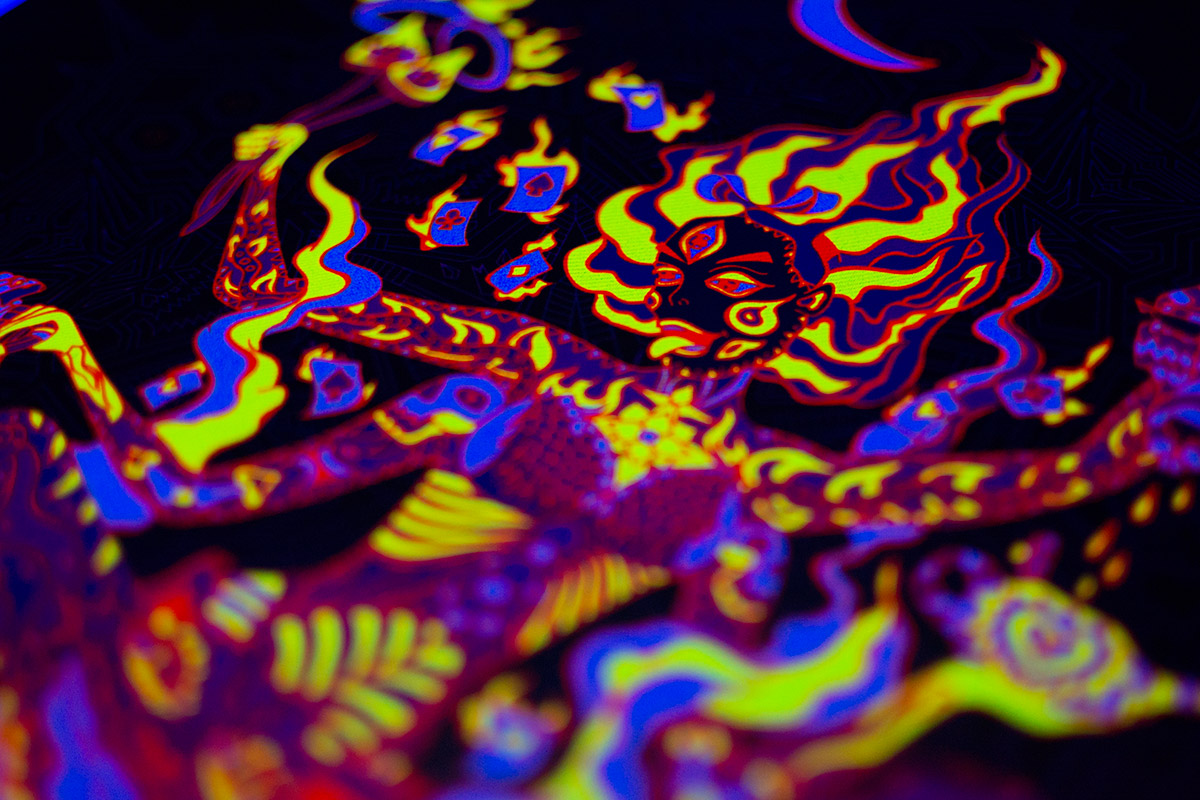 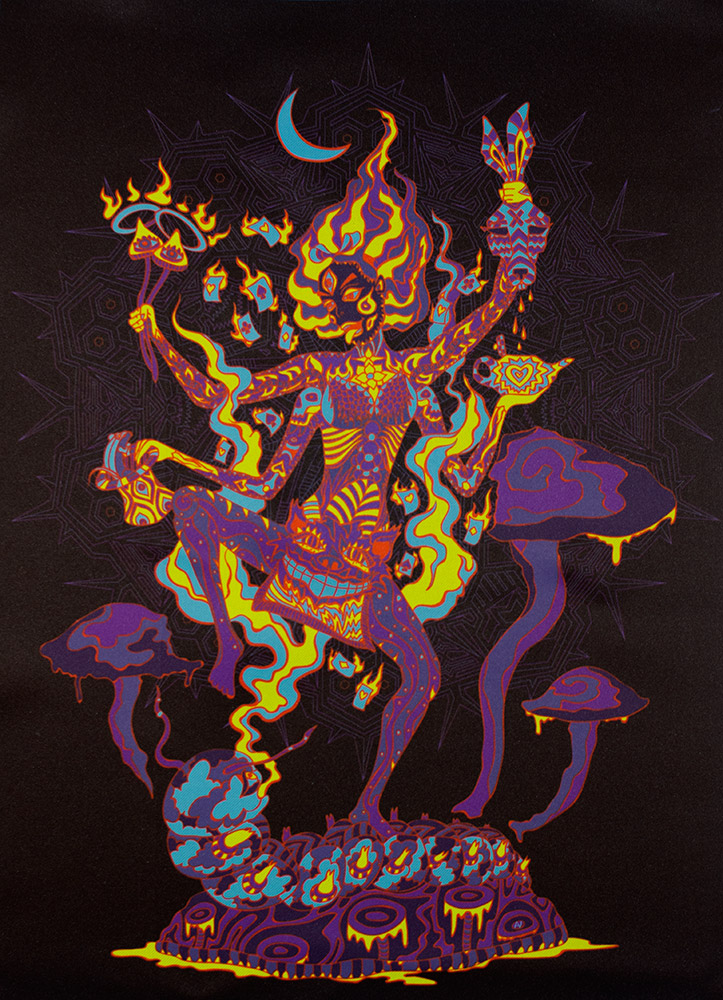 The first 2 people who order the backdrops will pay only $60 instead of $100. Preorder “Kali in Wonderland” backdrop!

Plus everyone gets FREE international shipping

One thought on “Kali in Wonderland Psychedelic T-shirts Preorder”