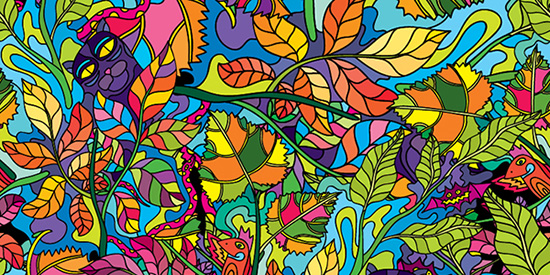 Hey guys! This post is going to be different from everything I’ve written so far. Today I’d like to dig a bit into how manage to make a living being a freelance designer. So if you are thinking of becoming a freelancer yourself or you already are one the following info might be useful for you.

There is a poll in the end of the post, please participate!

Why I decided to go 100% freelance 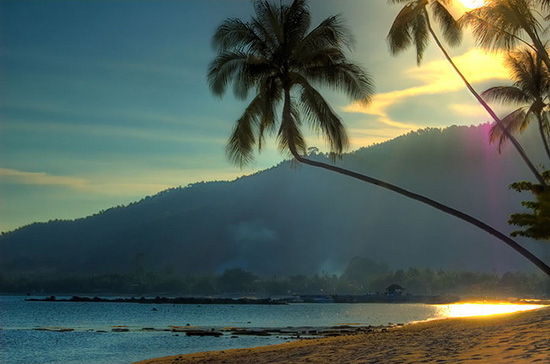 First of all I’d like to talk a bit how I decided to be a freelance designer. I have a graphic design degree in one of Moscow’s universities. It took me almost 6 years to complete my studies and I’ve started taking some commercial projects while I was still a student. One day I’ve found myself going to an office for about 3-4 hours a day. It was fun ’cause my boss was one hell of a person who was always telling funny stories from his work experience in late 80s and 90s (that was a crazy time for USSR and Russia). But after a while I quite ’cause the salary was too low. After a while I met one of my very long time collaborators and we started working on some web-site development projects together and at some point I decide to spend 3-4 hours a day at his office. It was a nice ’cause I was working on our projects in a more productive space than my apartment which was a hardcore party-place at that time plus I could do some of my university projects there too. During that time I did not know much about 100% freelancers – most of my friends had a job and took some side projects. The idea to go 100% came when a friend of mine went to Egypt for the winter season which lasts at least 5 months in Moscow. She was not working there (as far as I know) but she could save some cash during the summer season in Russia. I though it would be great not to see snow, not to catch cold and not to spend money on medicine. I could not afford not to work for half a year so the only way to bring this scenario to life was to go 100% freelance. It all began in 2006 or 2007, I can’t remember :)

So by 2009 I’ve build up some client base – not very reliable but still. Plus my friends knew I was a freelance designer so some of them were recommending me to the potential customers. Me and my girlfriend have bought tickets to Bangkok in November 2009. The return date was in April 2010. We’ve spent 5 wonderful months on the Koh Samui island in southern Thailand. We were on a very tight budget but we’ve survived and came back to Russia with a relatively small debt :) I’ve started to submit content to microstock site during that time in Thailand. The first site was GraphicRiver.net. I’ve started with this site because I was very much into TutsPlus tutorials at that time and these both are parts of Envato. After a while I’ve passed the exam on Shutterstock. Then I’ve joined some other microstock site. Being honest my earnings were ridiculous and I was not very much inspired and did not have any kind of vision of how to grow, besides at that time I had a strong belief that working for stock sites is not creative enough. During next years I was reading one Russian microstock full-time artist who runs a blog. She is very artistic and inspiring. If you can read Russian I highly recommend checking out her blog. I was not paying much attention to my microstock portfolio for 4 years but during last two years I’ve filled my Shutterstock portfolio with 2700-something images. I’ve been making 50-200 files per month depending on how much I was occupied with other projects. After reading some books (I’ll be writing a post about ’em later) I’ve decided to outsource some of the repetitive tasks that help building both big and high quality microstock portfolio. My current upload speed is about 150-170 files per months and the total time I spend is about 20 hours per month meaning I’ve got plenty of time working on other projects. I don’t consider myself to be a successful microstocker yet but I’ve got some cash coming my way every months and I have an understanding how I can improve.

The other sources of my income are the print on demand web-sites like Red Bubble and Design by Humans. I’ve been doing t-shirt designs since 2007 and I really love it. The problem with silkscreen t-shirt designs is that you can not print only one tee – print-shops usually set a minimum amount of 50 items. So when I’ve stumbled upon Red Bubble first I was very happy ’cause I could finally earn money from designs I could not afford to print but the problem with this service was the colour part of the preview of my designs differed dramatically from what I had created. So I could not really promote my works. Now they have improved their printing equipment and the situation is much better. Design by Humans used to be a contest based t-shirt design and I did not have much luck during that time but they have switched to a different business model and you can submit up to 60 designs, they review each and there is a chance that your design will be removed from the site due to sexual content or drug references or some other crazy stuff. I usually make 3-4 t-shirt designs per month and this where I can do whatever I want since I’m the only one who decides what to do :) I really appreciate the opportunity such services give to artists. 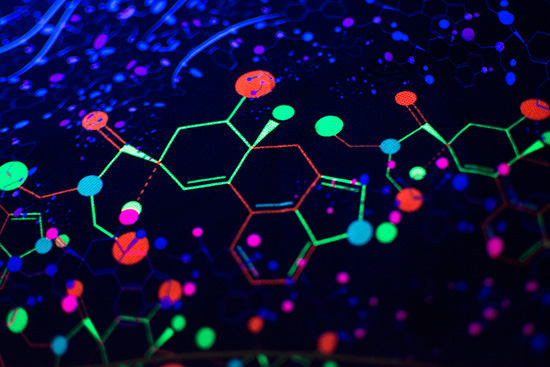 Now I’d like to talk about selling products myself. I’ve been printing my own t-shirts for almost 10 years now but I never had a physical shop. I’ve been selling tees mostly to my friends and people from “secret” internet communities. Some tees were sold at other peoples shops but the price they were putting was always at least two times more of what I was paid so a customer had to pay some crazy numbers for a t-shirt. In 2012 I’ve opened my store on Etsy and stared selling worldwide. Things got better but not brilliant. I was selling only fluorescent screen-printed tees so I had to invest in production all the time and I had very few designs in my shop. Now I’ve got a print on demand partner in Moscow who makes regular paint prints that I don’t have to order in advance. Plus I’ve teamed up with Global Sect music label and I sell both mine and theirs fluorescent backdrops. Etsy is a wonderful service with lots of people coming to shop for creative products and I highly recommend you use this platform. If you ever consider opening a shop on Etsy use this link that will give both you and me 40 free listings (otherwise you have to pay 20 cents for every item in your shop every 6 months).

And finally :) When it comes to a term “freelance designer” nobody really thinks of the sources of income I’ve listed above. Yes, I do have real customers and they make about 50% of my income. When I first started my designer career most of my projects were web-design and identity. The target audience was very broad and I’ve been working with very different people from different industries. I’ve decided to stick with psychedelic design in 2010 when I’ve made my first psychedelic album cover for Jon Clark. I had experience working with musicians before and I really enjoy the process ’cause they are usually very open to my ideas, don’t harass me with adjustments and trust me as creative professional since they are creative persons themselves. So far I’ve made more than 15 album covers for different musicians and I’m looking forward doing more. Being a psychedelic designer does not mean to be restricted by cover art. I create posters and flyers, illustrations for web-sites, logotypes and t-shirt designs. Besides there are non-psychedelic-world customers who want to hire me from time to time so I get myself together and make some regular logo design, illustrations and web-design. Maybe someday I will collect my regular style portfolio :)

So as you can see I don’t rely on only one source of income and gives a bit of security which is something you might miss when you switch from getting salary to freelance. I hope this info was useful and now I’d like to ask you what would you like me to write about in my next post. I want to give you a more detailed look on my experience in the following:

3 Comments on “My freelance sources of income”

enjoyed this article. ty for all the ideas.

My pleasure :) if you have any questions, please ask, I’ll be happy to answer :)

[…] guys! Several months ago I’ve written a post about my freelance sources income. Today I’m going to take a closer look at microstock part of it. Being honest making […]

All UV Canopies are on sale with 20% OFF! You will see the final price in the cart. Dismiss